We all fear making mistakes.

From school, we’re taught that making mistakes will result in a low grade. Failure is actively discouraged. If we spell something wrong or guess an answer incorrectly, we’ll get marked down.

But grades do not reflect learning - learning is a process, not a result. If we’re always told we’ve only learnt as much as our grades tell us, it becomes disheartening and makes the learning process stressful.

Learners need the freedom to take risks and grow from mistakes to make the most from the learning process - in fact that’s science. When we ask questions like “why did I get this wrong?,” and, “what happens if I try this?,” we’re building critical thinking skills. By thinking about what we get wrong, we develop the skills to get it right the next time.

Brilliance is never achieved overnight - so why does traditional education treat failure as the be-all and end-all?

Some of our greatest ever inventions were born from mistakes. If Alexander Fleming hadn’t thrown away his failed attempts at creating the disease-curing ‘wonder drug’ (yet to be invented), he never would have discovered the mould that grew - penicillin.

When Thomas Edison was innovating the battery, he had over 9,000 failed attempts. When his friend said “isn’t it a shame you haven’t had any results yet,” Edison just smiled and replied, “I have gotten a lot of results! I know several thousand ways not to make a battery”. And guess what: the Edison rechargeable Battery is still used today after he eventually invented it in 1901, and is likely to play a major role in the transition to renewable energy.

There is no better teacher than failure

According to Stanford Psychology professor Carol Dweck, “every time a student makes a mistake, they grow a synapse”. Whilst it’s daunting to get something wrong, we are more likely to come through the learning process with a stronger understanding of the topic.

We didn’t learn to walk by following rules - we learnt by doing and falling over until we knew how not to fall over. (OK fine, I stole that one from Richard Branson.)

Rather than just memorising everything so we can blitz the test, making a mistake forces us to learn the answer properly so we know for next time. Not only do we better understand - we’re better placed to problem-solve next time we’re not sure of the answer.

Gamification is a great way to encourage mistake-making in learning. In fact, award-winning game designer and MIT professor Scot Osterweil has defined the freedom to fail and experiment as two of the main four values of gaming.

By their very nature, games allow players to fail without real-world consequences. If you can’t win the boss fight, you can go and level up, come back and try again. Games reward risk by allowing you to just get back up and give it another go using a different tactic, until you win.

You can try a different solution at no cost, and accomplish your goals in a different way than intended. Imagine if school allowed that?!

What if we reframe learning so that mistakes are actually a roadmap to success? I know my VCE would’ve been much less stressful if I knew it was A-OK to make a couple of mistakes along the way!

Learning from your mistakes on a workplace learning campaign

At Yarno, we’re all about learning from mistakes and framing everything as a learning opportunity. If you do something incorrectly, that’s okay - you’ve learnt something from it. It means you know for next time and can try a different approach.

Making mistakes and learning from them is key to how Yarno campaigns work. Embed campaigns are designed to  make the learning stick into the long-term memory bank, and therefore more effectively utilise what they’ve learnt at work.

And guess what: we use gamification to do that!

Campaigns are delivered in the form of a multiple-choice quiz - where the answer explanation is offered after the learner has had a go at guessing the answer. This means that the learner has an opportunity to problem-solve and make an educated guess.

If they get it incorrect, no harm no foul!

Allowing learners to make mistakes makes the learning process far less stressful, and encourages them to build problem-solving skills if they don’t know the correct answer off the bat. 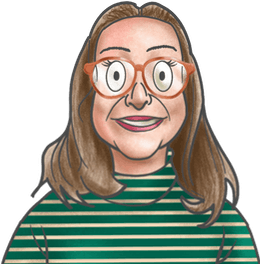 Ellie is the resident Yarno wordsmith. If she's not writing a million words a minute, you'll probably find her trying to smash her New York Times daily crossword time while listening to 3 podcasts at once.