The border crossing from Hong Kong to China felt a lot like crossing into Mordor, Lord of the Rings style.

Not just the heat, mind you, but the stomach churning apprehension of what on earth might be out there. I’d never had a more anxious moment than stepping out of the train alone, onto the platform and into China’s modest port city of almost 11 million people, Shenzen.

But I’d prepared for this moment. I’d gone to my classes for six whole months, studied my characters, and to my surprise - I could read a fair few of the signs around the train station.

Then, I tried to speak.

I stood frozen in disbelief and opened my mouth again.

But to my surprise, the words wouldn’t come. And when they did, I was hard-pressed to find someone who understood what I was trying to say. I was left wondering why all of the study I did wasn’t coming to my rescue when I needed it most.

The next few days (or weeks, if I’m game enough to admit) were a series of miserable failures, followed by little wins that felt more like astounding triumphs. With the benefit of hindsight on my side, I’ve now learnt a lot about why it felt so good to conquer failure, and some better ways to improve the way I approach learning from now on.

So the Chinese script is one of the most difficult on Earth. There is basically no connection between the written and the spoken language. None. Zero. Zilch. 没有。So for me, as an English native, this meant a lot of memorisation.

And memorise I did! Writing and rewriting characters, memorising the components of the characters, writing sentences, making flashcards… Which all sound like sure-fire ways to remember things? Sure, but there’s a little more to it than that.

The key to fighting the Forgetting Curve!

Rehearsal is key to transferring information using our flexible and dynamic (but short lived, before it disappears after about 20 seconds) working memory to the less fragile long-term memory.

The importance, however isn’t how much you do as when you do it.

I’d like to introduce (or remind you of) a concept called 'The Forgetting Curve', first coined in 1885 by a German psychologist named Hermann Ebbinghaus. His findings basically concluded that we learn more effectively when chunks are spaced out over longer periods of time, in order to retain the maximum amount of information.

And voila, the spacing effect was born.

It’s perplexing to know that even though the idea of ’spaced repetition’ came about so long ago, the ‘cramming’ culture has prevailed through hundreds of years of schooling and found its comfortable corner office in the workplace. 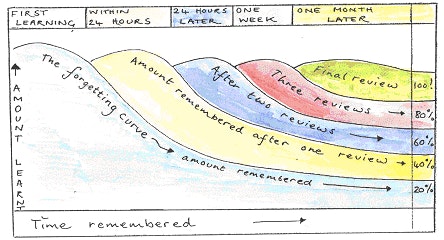 So essentially the point is:

A super common (and effective) method of spaced repetition is the use of flashcards, if you use them correctly. The takeaway from flashcards is that you get instant feedback , which is so powerful as you know exactly what you’ve got incorrect and the correct answer is right there. How often have you taken a test, received a score and done almost nothing about the areas you could’ve improved?

When I decided to use flashcards to learn Chinese, I made a small, but critical mistake. I thought that once I ‘knew’ a character, word, or phrase it could go into my ‘learnt’ pile. And in the pile they stayed. It is at this point that I should’ve been consistently returning to the things I thought I knew.

However, with so much emphasis on studying, learning and memorising, it’s easy to forget the purpose of learning in the first place — to put the knowledge into practice. To communicate it with others. To make some sort of meaning out of it. That’s where the best learning happens - when you’re interested in something, you can make connections that your brain can encode into long-term memory structures, and from there you can recall and apply the knowledge further.

So instead of taking a structured, analytical approach to learning, I now find myself drawing from different methods that suit the way I learn.

So that’s what I’ve taken from my setbacks with learning Chinese. I pushed past the failures, through that zone of frustration and fear of the unknown and realised that the learning is just the process. The most enriching experiences happen when the process leads to application.

If you happen to be interested in learning Chinese, I've rounded up my pick of the best Chinese learning apps here! 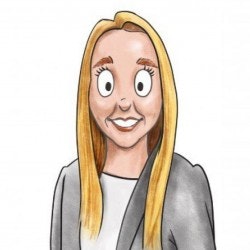 Erin is an ever-trusty wordsmith and resident spreader of good vibes. You'll find her chatting up a storm in Mandarin, yelling kiai's at jujitsu and eating dark chocolate at 2pm sharp.