While communication is second nature and something we all do every day, it's also deceptively hard to do well. We can communicate a message that is clear in our mind, only to have it received in a different way to what we intended. At best, we talk past each other and quickly get back on the same page. At worst, however, we can insert a fork in the road and head down two opposed streets.

Communicating remotely raises the difficulty level even further. Even if we're using Zoom and can see who we're talking to, we can miss out on cues from their body language, and if we're relying on written communication, we can't hear their tone of voice. If you could design a scenario to facilitate miscommunication, I reckon geographically separating people and asking them to communicate only via messages and email is a good start.

In my experience, there are five mistakes remote teams make when they're communicating with each other. The good news is, each can be remedied.

Mistake 1: Not communicating context - the why

It's easy to assume that other people know as much as we do about a topic, that they've read the documents, been in the meetings and seen the results that we have. I think of this as context, and effective communication depends on it.

When we're working remotely, our default communication channel can switch from a face to face conversation to written. Context can be a casualty of this switch since we lose the ability to read body language, hear the tone of voice and get a sense of the intent of the message.

If we're communicating in a real-time messaging app like Microsoft Teams or Slack, by design messages are short and likely to carry minimal to no context. There's an inverse relationship between the ease of sending a message and the quality of context that's shared. It's easy to fire off a barrage of messages as if we're speaking them. Yet as the reader, we have to piece together the intent behind the message. A lack of context creates scope for misunderstanding.

We're comfortable at telling people what to do and how to do it—yet sharing why can feel harder. It may be that the why is subjective or ambiguous, and we're putting ourselves on the line by sharing it. What and how can be objective and unemotional. Why requires thought, perhaps even empathy.

I like to assume the reader has no understanding or background on the topic I'm writing about.  For longer-form posts and documents, I try to preempt questions the team could ask about what I've written so that it can stand on its own and not require additional explaining.

This is harder to achieve in a message than a document but is worth striving for I think.

Here's an example of adding more context to a message:

We communicate with each other in a variety of ways - face to face, on the phone, email, on Zoom, SMS, in Microsoft Teams, WhatsApp, flyers, toolbox talks, posters. The sheer breadth of tools makes it difficult to find the signal in the noise. And energy is wasted in the search.

Often the prized feature of a technology tool, its ease of use, becomes the bane of its existence for those using it. It costs the sender very little in time and energy to send an email yet it's expensive for the receiver. They have to devote time to reading it and then decide their next step. Does it require a response? If so, do I write it now or later? If later, how do I remind myself to do it?

Similarly, with a WhatsApp message, the sender can fire off something they've just thought about, and the receiver receives a notification, without any context. The message could be both urgent and important or neither. Yet the receiver won't know until they read it.

Just reading these paragraphs back gets my heart rate up, let alone imagining the cumulative effect if we receive messages and notifications across multiple tools and channels in a workday. Which one do we prioritise? How often should we respond?

Establish clear communication channels and cadence. For example, one email is sent to all department heads each Wednesday at 9am. A weekly team meeting is held on Zoom on Monday's at 10am. Update project and task statuses in Asana throughout the week.

Create a document that outlines how teams communicate with each other - channels, cadence and tools used. New starters can read through this document in their first few weeks and understand the team's expectations of them and in return, what they can expect from their colleagues.

Often we need to communicate important information that we want people to know and understand. Yet we send it once. We don't want to labour the point, and we know what it can feel like to hear the same message over and over.

It can take hearing something a few times before we listen to it. Renowned business fable author Patrick Lencioni, says get used to saying the same things, repeat the same messages ad-nauseum. Because we all ingest tonnes of info every day, so don't make us work hard to separate the signal from the noise.

Lencioni's book, The Five Temptations of a CEO, says people need to be reminded more than they need to be instructed. This flows from senior leadership all the way through an organisation, by identifying a few core messages for a quarter say and repeating them as often as possible in a variety of channels. Patrick Lencioni calls these cascading communications.

Embedding knowledge and understanding with a learning tool can help too. Since we can't assume that someone reading an announcement means they've digested the information in it.

Mistake 4: Not seeking to understand if (when) wires are crossed

Wires get crossed, we're human after all. There are so many variables at play when we're communicating with each other, it's impressive that we can get anything done at all.

When wires get crossed, it's easy to launch into judgement mode and wonder how hard can it be! To take things at face value and defend our position, state the facts and prove to the other person that they're misguided and wrong. Rather than asking questions to understand where the miscommunication happened, and then work forwards from there.

This is especially challenging when we're remote, and we can't see body language or hear the tone of voice. We likely don't know what's going on in that person/s world. And we read their blunt message in the tired and frustrated mindset we don't realise we're even in.

Stay curious longer, as Michael Bungay Stanier says. Fight the urge to defend your position and try to ask a question instead. I find this hard to do yet when I have the presence of mind to do it, it's rewarding.

As a team, we talk about picking up the phone or jumping on Zoom if we go back and forth on a topic in Slack more than a few times on the same topic.

No one can have complete visibility on what's working throughout a business. On how a new process is implemented or acquisition announcement received. Without feedback we're in the dark, we don't know what is and isn't working.

We can assume, and we can shy away from asking for feedback for fear of what will be said. Yet we're missing out on a vital component of communication, without which we may not improve or fix some glaring inconsistencies that are obvious to people we work with yet are hidden from us.

Managers can ask questions in 1:1s or team meetings. Managers and employees can ask questions at toolbox talks. Regular pulse surveys can provide a more structured and formal space for feedback. However it's done, the goal is to gather feedback from as many data points as possible to build a picture.

Practising how to give and receive feedback is key I think. Unfortunately, it's not a skill that we're taught growing up. Giving specific and actionable feedback with a view to helping someone grow is powerful. At Yarno we like to practise by role-playing feedback scenarios as a team once a month. It builds valuable skills and is a bit of fun at the same time.

So there you have it, the top five mistakes I see in communicating in remote teams. No doubt I've just scratched surface with the these.

What are the most common mistakes you see remote teams making? 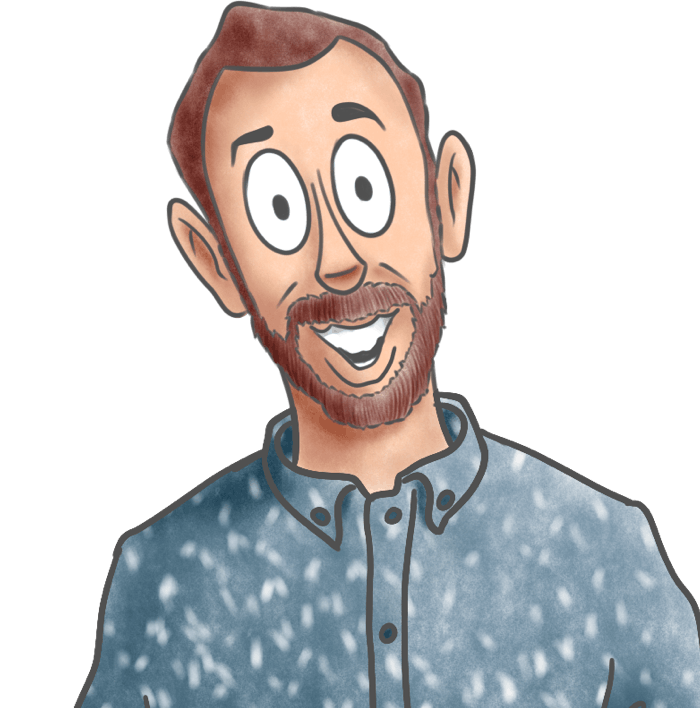 Lachy's our Managing Director. He's our resident rationalist and ideas man. He also reads way too many books for our liking.