Before we get into the nitty gritty, let’s note that successfully introducing any kind of software, tool, platform - whatever - hinges on one simple question:

Why is it being introduced? Was there some event that prompted action? Have employees asked for it? Maybe there’s executive pressure to do something ‘innovative’? It’s critical to figure out the ‘why’, as, without a well-developed strategy, all the gamifi-micro-socio-AI-VR features in the world won’t bring the results you're after.

If you’re introducing new learning software, hopefully, it’s because you want to solve a problem in your business by investing in your employees’ knowledge.

And once you’ve nailed down an issue that needs solving, you can tackle the (sometimes challenging) task of convincing learners it’s worth their while.

In any given work week, employees are slammed with daily jobs, ‘urgent’ tasks, meetings, projects, deadlines… The list goes on. So to get employees motivated to take part in any learning initiative – and to keep that momentum up – the purpose, rationale and goals for introducing it need to be absolutely crystal.

Once you’ve worked out why you’re introducing new software in the first place, then we can get down to the fun stuff – setting it up for success.

Below I’ve outlined a (totally not exhaustive) rundown of some must-haves for any learning launch.

Plan, then plan some more

Your plan needs to define the objectives and outcomes of introducing the new software. It needs to help managers show learners why they’re learning this way, and what they’ll get out of it.

Use this planning time to get buy-in from all levels of management. Having executive support is especially key in keeping an initiative front of mind for the whole company.

Plan the message across the channels you will use to launch, too – will you use like email, webinar, company social media or potentially a launch event? If the resources allow, hosting a live event is a great way of generating excitement amongst employees as it shows that the initiative is important.


First impressions are lasting, and there are a couple that need to be navigated correctly to ensure success:

This one should largely be covered by following your rockstar communications plan and holding a standout launch event.

Here's an example of the first two parts of a 4-email sequence we wrote for one of our customers: Anyone with a smartphone has access to the slickest apps out there, all with a tap, click and a swipe.

But unfortunately, the downside of many learning software programs (yes, you big hunk of LMS over there… I’m glancing ever so slightly at you) is that they’re just not built for how people interact with software.

It’s 2017. People should be able to use the same quality software at work as they do in their own time.

The first impression a learner gets when they open a new app is generally an onboarding process, in which they set up their account and have a quick tour of the software. A seamless, intuitive onboarding process will make sure learners know their way around and can jump right into learning when the time comes.

Right, now suppose you’ve launched your new software with a bang. Everyone’s excited, and all the learners are set up and ready to go.

And it’s all for nothing – if your content doesn't live up to the same standard.

Writing learning content isn’t easy! It deserves (and demands) focus and clarity of thought to create the most impactful material. Even the simple multiple choice quiz is way more complicated than most people think. On that note, if you’re interested, I’ve written about how you can nail your multi-choice writing process here.


The success of new learning software depends on engagement and consistency. And people just aren’t going to use something regularly if it’s not enjoyable! Using gamification is incredibly common, and is one of the most popular features of modern learning tools.

For good reason, too – some of the best feedback we’ve had about the Yarno experience has been from learners feeling motivated by the badges and scoring. We’ve even seen some learners trying to crack the scoring algorithm to beat their colleagues on the leaderboard!

It’s easy for new initiatives to tail off and unfortunately, be forgotten. The first campaign might have gone swimmingly, except once something gets lost in a company’s busy day-to-day, it’s hard to bring it back.

That’s why being diligent about following up with learners and managers, and analysing the impact of your learning program (with surveys, documented behaviour changes, customer feedback and bottom line results) is so important.

Learners also deserve to be championed for their hard work and progress. So don’t forget to share the results across a variety of communication channels! Wrap-up emails, progress updates, acknowledgement of most improved and high performers and plans for the next campaign are just a few ways to keep interest levels high.

If you’d like to hear more about the Yarno approach to rolling out a new learning platform, let's have a chat! 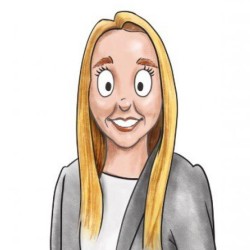 There's a lot going on right now. Here's six tips to wade through uncertainty and come out the other side better for it.

Your first week at a new job can be the difference between spending 6 months at a company and spending 6 years there. It's that important.

Roleplay provides you with an opportunity to give your customer service staff immediate feedback on how they interact with customers. It also ensures that desirable behaviours are embedded.